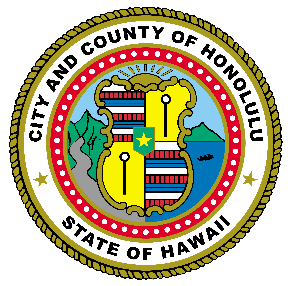 DEPARTMENT OF PARKS AND RECREATION

CITY AND COUNTY OF HONOLULU

HONOLULU- Mayor Kirk Caldwell today recommended all events scheduled in the City and County of Honolulu follow current CDC guidance related to large gatherings at least until the end of April. The guidance from the CDC for large events and mass gatherings recommends organizers cancel or postpone in-person events that consists of 50 or more people throughout the United States.

The City and County of Honolulu will follow the CDC’s most recent large gatherings recommendation of prohibiting gatherings of 50 people or more at its City facilities.  Mayor Caldwell recommends that the private sector follow these CDC guidelines in order to mitigate the spread of COVID-19 to their employees and their customers.  The City is also requesting that its employees stay home when sick, and to practice all recommended hand washing and social distancing measures also recommended by the CDC.

Again, Mayor Caldwell recommends that all private businesses adhere to the social distancing guidance outlined by the CDC. This includes restaurants and entertainment venues.

The City has also initiated a partial activation of the Emergency Operations Center.

In conjunction with the City’s efforts to ensure the health and safety of City employees and those they serve in the City & County of Honolulu, the Royal Hawaiian Band’s public concerts have been canceled effective immediately to April 30.

Further concerts will be re-evaluated at a later date.

Under the instruction of Mayor Kirk Caldwell, the Neal S. Blaisdell Center will cancel all events with an attendance of 50 people or greater, scheduled between March 16 thru April 30.

The Honolulu Zoo will remain open.

Department of Parks and Recreation:

The following DPR programs and events will be cancelled:

The following facilities will remain open:

Mayor Caldwell recommends riders only utilize The Bus and Handivan for essential travel related to care, food, work and other essential resources. The Bus will continue to operate as scheduled, and will continue cleaning and sanitization of high touch areas.

The City will be utilizing the Ka‘a‘ahi facility located in ‘Iwilei near the IHS women’s facility, which can accommodate 26 residential units. The State Department of Health has confirmed that they will be in charge of operating the facility and will provide wrap around services using COVID-19 funding.

Scroll to top
We use cookies to ensure that we give you the best experience on our website. If you continue to use this site we will assume that you are happy with it.AcceptRefuse