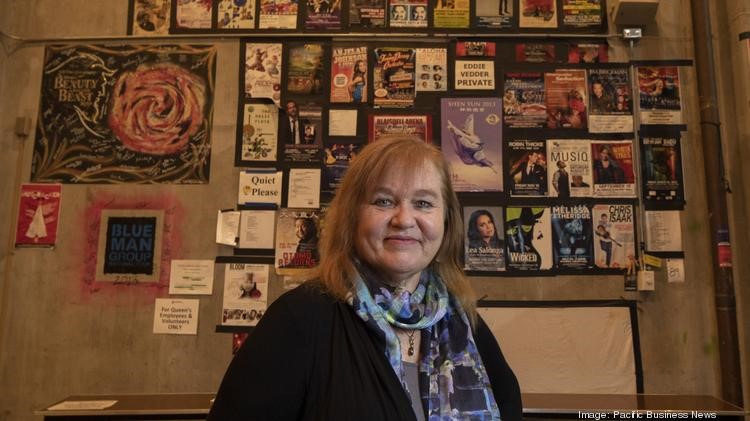 Repurposing event spaces at the Blaisdell and Waikiki Shell

Amid a time when live events and large scale performances of any sort are facing an indefinite lull due to the mercurial nature of the Covid-19 pandemic, Mary Lewis's job overseeing promotions and productions at the Neal S. Blaisdell Center and the Waikiki Shell — two of Hawaii's most popular event venues — has been no easy task.

"Every day is really different, I have to say," Lewis said in an interview with Pacific Business News. "I’ve never worked as hard as I have during this time because there were so many changes that needed to be addressed quickly."

As the administrator for the City and County of Honolulu Department of Enterprise Services Events, or DES, Lewis's role covers everything from sales and marketing, to show production and box office operations.

"The live events industry has been decimated and devastated by this pandemic," she said. "All of these areas had to be shut down and reimagined."

Lewis says that part of DES's efforts to reimagine the Blaisdell during the pandemic have included turning its parking lot into a temporary rental car storage area, allowing a Sony Pictures television series to use the arena as a soundstage, letting the City and County of Honolulu's Office of Economic Revitalization work out of their offices, and turning the concert hall into a vaccination center.

"Some of these efforts produced revenue, and others we did because we had the space and wanted to help," she said. "In our case, we were committed to making sure that we were paying all of our full-time employees."

At the Waikiki Shell, the Hawaii Symphony Orchestra has been able to make use of the open-air space for its Starlight summer concert series, which began in May 2021 and have included performances featuring works by Beethoven, Mozart, and local composer Michael-Thomas Foumai, among others.

"We're very grateful to the Hawaii Symphony Orchestra for taking over the Shell for the Starlight Series," Lewis said. "Because of the pandemic we’re thinking that more events will consider using the Waikiki Shell rather than the arena."

In addition to finding alternate ways to use event spaces amid the pandemic, DES has been working behind the scenes to work on much-needed repairs, capital improvement projects (CIPs) and upgrades to facilities during the pause in activity.

These and other improvements are being funded by a combination of funds allotted by the county to cover deferred maintenance costs, and a $3 million Shuttered Venue Operators Grant, or SVOG.

The federal grant, which the Blaisdell received in late July, will be used for facility repairs and improvements, equipment upgrades, and the recovery of operational costs at the center, according to previous PBN reporting.

"Part of our CIP project is improving the infrastructure of our telecommunications, our Wi-Fi and all of our digital information sharing," Lewis said. "We’re hoping for all 22 acres to be wired by the end of 2024.

"As we ramp down from the giant renovations we’d originally been thinking of, now we’re faced with bringing the buildings back up to the quality that people expect," she added. "For the CIP project we are also looking at doing unglamorous things like fixing roofs, wiring, walls, carpeting and parts of the building that needed to be replaced before we started on our redevelopment plan."

What is your leadership style?

I come from a theater background, where even though you see the star onstage, we know that what makes everything happen is the work of the team.

I believe in empowering my employees and having a great group of people that can make decisions while I nudge them and lead them in the right direction, because I set the standards and parameters for them.

How do you measure success?

We measure our success based on the number of people that come in and partake in our services. We have three quarters of a million to a million people that come here every year. So to be able to service them and also create a space where people can come and feel like it’s their home turf is a boon for us.

Also when promoters want to come back and book an event with us as soon as they’re done with the previous one because they know they’re going to have success here — that's another great indicator for us.

What is the most challenging part of your job?

Working within the structure of a government setting in a business that is entertainment oriented. It’s challenging and rewarding, especially when it works.

The pandemic was definitely the biggest challenge to our entire industry as a whole. And the fact that we’ve come out on the other side, and are moving forward with some events, has been amazing.

What's in the works for the Blaisdell and the Shell?

We have seasons planned for including a new broadway season for 2022-23, and it should be filled with fantastic blockbusters. We have a very robust season planned if Covid just gives us a break.

We use cookies to ensure that we give you the best experience on our website. If you continue to use this site we will assume that you are happy with it.